I had wanted a tattoo since my early 20’s but waited until my late 30’s just because I really wanted to be sure I was ready for the commitment.

I decided on an owl on my back. As a nature/wildlife photographer, birds are my favorite to photograph. I love owls, and living here in Florida, we have many different species of owls here, one being the burrowing owl.

This tattoo took 2.5 hours and after it was finished, I wanted to go back in for another. I can’t remember what year I got my first tattoo. If I had to guess, I’d say 2011. I am in love with my owl. ❤

My second tattoo is the birds on my collarbone. The two birds represent my two daughters. Again, a bird theme because I love birds. I will add two smaller blue birds, for my Grandsons, and a third smaller bird for my third Grandbaby due in September from my oldest daughter.  We don’t yet know what she is having. ❤

My third tattoo is an aperture because photography is my passion. Most don’t know what the aperture is and I usually tell them the tattoo is from Chase Bank and mandatory to get if your mortgage is through them. 😉 This tattoo has since bled into almost one big blob and needs to either be covered up or re-worked. I am thinking of having it re-worked with white to separate the lines. 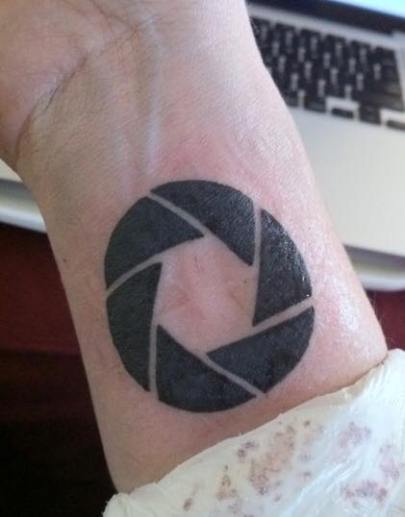 My fourth tattoo, my beloved peacock sleeve, began in December 2014. I have 15 hours at $100.00/hr invested in this sleeve. While the colors aren’t what I was going for, I do love the tattoo and I get many compliments on it daily.  I had always wanted a peacock sleeve. I love peacocks; I think they are one of the most beautiful creatures ever.

The first photo is the outline, which took four hours. The second and third photos were the coloring sessions, each at 4 hours. 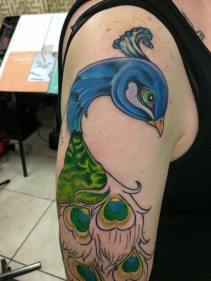 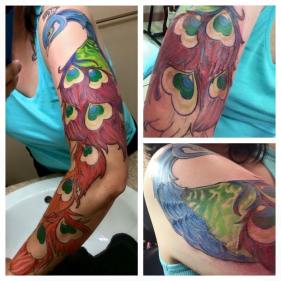 The below photo is the last of the work I have had done and was a three hour session. This is how my sleeve currently looks.

I still need to have some work done on my sleeve, and then to think of a background, if I decide to go that route.

It is incredibly important to search around to find an artist who takes the time to listen to your wants and is open to your ideas. My artist for my sleeve came highly recommended and while he did an amazing job, he didn’t listen to me when I said what colors I wanted and did not want. My tattoo is beautiful, but not what I had in mind colors-wise. As a tattoo is on your skin forever, it is well worth your time to do your research in selecting an artist. Do not be embarrassed to ask to see past work (any artist should have a portfolio) and ask questions. I will not be returning to him for future tattoos.

Also, cheap tattoos are not always good tattoos. You truly DO get what you pay for. An hourly rate between $100-$150 is pretty common in my area. That’s not to say that an expensive tattoo can’t be a crappy tattoo. 🙂

Occasionally I am looked at with a scrunched nose. That doesn’t bother me. I don’t mind questions by others, but it is rude to say “I’d NEVER do THAT to MY skin”, and the popular one that I get told all the time “I don’t like when pretty ladies have tattoos”. Well, you are entitled to your opinion, but you are not entitled to tell me your opinion. 🙂 It is also rude to ask how much a tattoo costs. I don’t mind if others ask me, though, because I know they’re just curious. I always answer with “I have 15 hours at $100/hr invested”. Often I am asked for the story behind my tattoos. Well, there isn’t one. And when I say that, I am greeted with a disappointed “Oh”. Sometimes the meaning behind tattoos is personal and private.  Sometimes there isn’t a story behind a tattoo. Most everyone I know who has tattoos do not like being asked the meaning or story behind their choices. It’s just another opportunity for the non-tatted person to sneer when the meaning or story isn’t wowing enough. I also don’t mind when people ask me about the pain. People are just curious, and I find it’s easier to just answer the questions with a smile on my face. Being nice helps break the stereotype of us being ex-cons or druggies. 🙂

I know that tattoos are becoming more socially acceptable, and I’ve never been denied employment because of my tattoos. I’ve only been asked to wear long sleeves. Even as a professional in the corporate world, I didn’t have to cover my sleeve. I am pleased to see that those of us who get tattoos as a method of expression aren’t being discriminated against quite as much anymore.

Do you have tattoos? 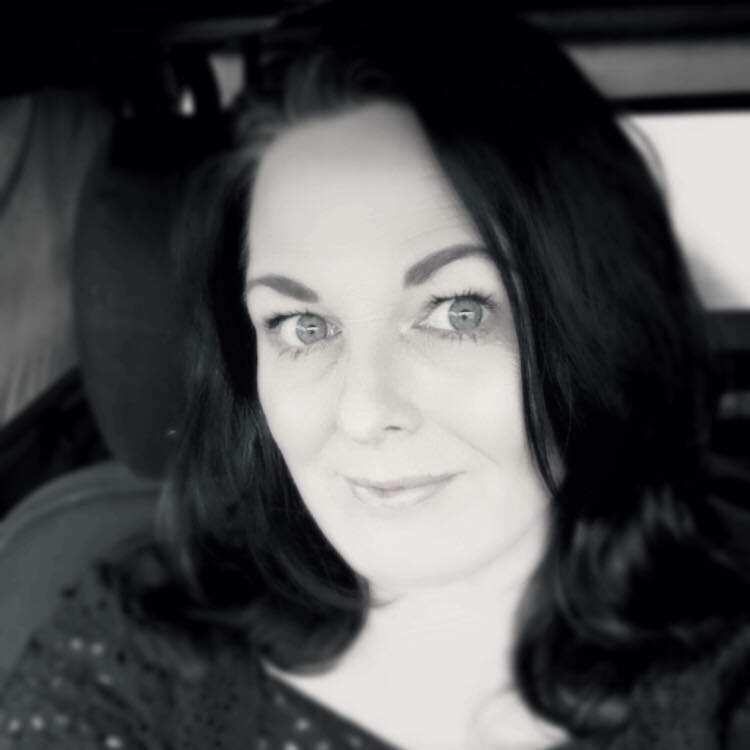